The effects of Congenital Heart Disease aren’t limited to the heart. Patients will often experience complications with other body systems. This week Anna Archer shares her how her late CHD diagnosis caused a brain abscess. 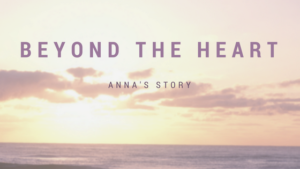 Growing up and Diagnosis
I was your average, ordinary, little girl for the first decade of my life and lived an idyllic life with my (incredible) parents and eight sisters and brothers (yes, you read that right), in the Pacific Northwest. When I was ten, I started showing symptoms of my undiagnosed CHD. I started becoming slightly short of breath and cyanotic with exertion, I was easily fatigued, and I probably slept more than most kids my age. After running through a whole gamut of testing, we finally received my diagnosis of Tetralogy of Fallot with a VSD, Eisenmenger’s Syndrome, and Pulmonary Arterial Hypertension.

Surgery to repair my heart was not an option for me, so life meandered on after my diagnosis, but I maintained my health for most of my second decade, it declining only in the last year or two. A few months after I turned 20, I was listed for a double-lung and heart transplant. Many years later, I learned that my parents thought they might lose me that winter, but I survived, and, a few years later, I was thriving again. I became healthy enough to go off the list after six years on it. In September of 2012, I got married and moved to Southern Nevada, where I currently live.

To better understand the plot twist, you need to have some understanding of my heart. I have what is called a bidirectional shunt with my VSD. It acts as a “pop-off” valve if you will, allowing my blood to change directions as needed, to relieve the pressures between my heart and lungs. Bacteria that should get caught in my lungs and give me a cold, is able to bypass them, through the shunting in my VSD, and maneuver its way up to my brain. There it made itself comfy cozy and became a brain abscess.

Plot twist! AKA: The Brain Abscess
On Monday, February 25th, 2013, I had a headache. Now, this isn’t abnormal in and of itself, except it didn’t go away. I still had a headache on Tuesday, and Wednesday. It was a pulsing kind of headache. Sometimes it would be a dull ache, then I would get these waves of intense pain. By Thursday, I was becoming concerned that I had injured myself while working out with my husband the weekend before. Friday came and went with no improvement, despite caffeine, ibuprofen, oxygen, and resting all day. On Saturday, I had decided if it wasn’t better by Monday, I would call my cardiologist’s office and see what they recommended. I had only seen my new cardiologist twice at this point, so I still wasn’t very familiar with how everything worked at their office.

Around 3am on Sunday, March 3rd, I started vomiting. This is always taken very seriously, as I dehydrate quickly, and what little energy I normally have is drained almost immediately. After a second round of vomiting, I woke my husband up and asked him to take me to the ER; something was definitely wrong.

The ER was fairly quiet that night, and I was taken back almost immediately. They worked through everything respiratory/heart/lung related first, chest x-ray and bloodwork, the most obvious concerns with a CHD/PAH patient. After everything came back clear, they sent me for a head x-ray. I remember someone coming into my room and asking”have you ever had anything show up on your scans”, I said “not that I knew of,” and thought it kind of a silly thing to ask (little did I know). Then I was sent for a head MRI… I wasn’t as concerned as I, perhaps, should have been. I supposed that since my head hurt, it made sense they were checking it out. I never thought something would actually show up on those scans.

The ER doctor came in, and told me I had a mass in my brain, and I needed to have a brain biopsy done. I was shocked, and in some sort of denial, because I told him flat out that surgery wasn’t happening. They couldn’t do surgery on me, it was too risky, it was reserved for life and death situations, and this was obviously not a life or death situation. He insisted that I needed to wrap my mind around it, because it would have to be done. Then he told me to look up glioblastoma, then left the room after reiterating that I would need to have surgery. I knew what a glioblastoma was, one of our family friends had died from it. I looked it up anyways; one to two year survival rate with successful treatment. I called my Dad and cried as I explained what little I knew.

I have been blessed with amazing parents, my Dad is a respiratory therapist and my Mom went to nursing school. It took my Dad almost an hour to calm me down when I called him about my brain scans, and finally, he said he would call my Mom and tell her what was going on. I didn’t think I could do it and be any amount of comprehensible. A little while later my Mom called, and I cried with her. Somebody, I’m not sure if it was myself, or one of my parents, let the rest of my family know what was going on. I have also been blessed with amazing siblings. Each and every one of them has supported me through thick and thin. They worked things around in their lives so that Mom could fly out to Las Vegas to be with me for the impending surgery and recovery.

Somewhere in the mess of things, I was coherent enough to call my cardiologists office and let them know what was going on, as well as telling the ER people that they needed to connect with my cardiologists office. The neurosurgeon who was going to be performing my surgery came in sometime that Sunday. He looked over my scans and to talk to me and my husband. He was much more calm, and kind about things. He told us that “the mass in your brain could be any number of 100 or more different things, and I simply wouldn’t know more until I get in there to check it out during the biopsy”. I felt much better about things after talking to him; I’d had enough of this glioblastoma talk.

Surgery was scheduled for the next day, Monday, March 4th, but it ended up being postponed, because they couldn’t get my blood thick enough (I’d been on blood thinners since I was diagnosed). After a few platelet transfusions, and a couple of vitamin K shots, it was finally thick enough to schedule the biopsy. I count this as a blessing on multiple levels, as it allowed some extra time for my Mom and one of my brothers to fly into town that day. 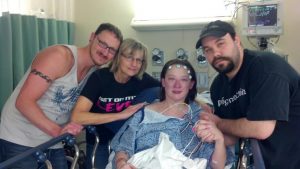 Tuesday, March 5th, 2013, my six-month wedding anniversary, I had brain surgery. My family was told the biopsy would take around one and a half to three hours, so you can imagine the almost heart-attack they all had when the surgeon came out after 45 minutes! He said everything went great, the abscess was right next to my skull, and not buried into my brain, so he was able to remove the entire thing and flush it out with antibiotics and antibacterials, before closing me up again. The abscess ended up being about the size of a golf-ball or meyer lemon. 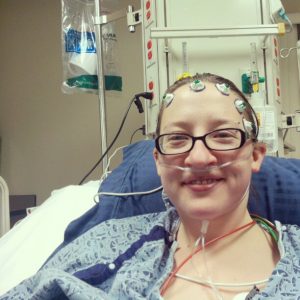 For the next day or two my timeline is a little wonky. It was my first experience being intubated, and my first experience with any kind of narcotic (I’m apparently fluent in ASL when I’m on narcotics, I don’t remember this). What I do remember, is that my husband, mom, brother, mother-in-law were all there. I was surrounded by a million beeping machines, and my family. My best friend flew into town a few days later, followed by my dad the next weekend. I was surrounded by those who loved me. I remember distinctly getting my hair dry-washed by a nurse, which was the most incredible feeling in the world at the time. The night nurse, who made my life sane again. My Dad talking medicalese to the doctors, to explain that resting oxygen levels in the mid 70’s were perfectly normal for me. Slowly entering the social media field again, and the outpouring of prayers and support from family and friends across the country. Continual jokes about having a “few loose screws” now. 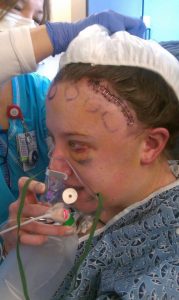 The “short-term” recovery ended up taking just over two months. I was released from my Infectious Disease doctor on May 8th and Neurosurgeon on May 16th. I say “short-term” recovery, because I was still recovering from some aspects six months later, a year later, two years later, even now.

Some things I wish they had done, was suggest I see a psychologist, and do neuropsych testing. My abscess could’ve been much worse, bigger, deeper into my brain, in a different spot, any number of things could’ve made recovery that much harder and longer. There wasn’t anything obviously different, or wrong, after the surgery, but lots of teeny tiny things that slowly built up, and built up, and built up, to become large problems later on. My abscess was in the frontal left lobe of my brain, and the frontal lobe functions include things like mood, personality, memory, behavior, decision making, judgement, initiative, planning, reasoning, intelligence, movement, and inhibition. I lost all semblance of self-confidence. I forgot how to cope. I became incredibly jealous. I wasn’t the same, and I didn’t know it for awhile. When I figured it out, I didn’t know how to fix it. Rewiring the brain is hard work. It’s an exhausting, frustrating business.

After I had a bad reaction to some allergy medications in the summer of 2016, along with some of life’s tougher moments, I became severely depressed, and developed anxiety. I had called my cardiologists office to see if there were any medications I could take, and as I’m bawling my eyes out with my nurse, they told me they had a psychologist I could see. We made an appointment for the next day. It’s been an incredible, life-saving, life-changing experience. For the past year and a half, I’ve seen my psychologist every week to two weeks, and I can’t recommend it enough. We’ve worked a lot on rewiring my brain, learning how to cope in various situations, and to remember that I am enough.

It’s a continual process, learning who you are, and what you are capable of, if only you give yourself half a chance.

Anna (Becky) Archer is 31 and lives in Las Vegas, NV with her husband and kitten. When Becky isn’t busy at her part-time job as a filing clerk, you can find her playing video games, knitting,
crocheting, swimming in her pool, shooting photos, hiking, going to the movies, and hanging out with family and friends. She is a Heart Warrior, PHighter, and Survivor. She has a fierce
perseverance for living.