For the month of April, CCHD has been focusing on the theme of National Donate Life Month. In the fourth post of our series, Emily Inman shares the story of the day her family decided to give the gift of life, after her mother’s unexpected passing.

My mom had just gone back to work after taking off another long stint under the Family Medical Leave Act. She worked the 3pm – 11pm shift as a secretary at a trucking company. This meant I was back spending my evenings and parts of my nights at my grandparents. I didn’t mind. Grandma spoiled me. But I was used to having my mom around since she took off so much time under the FMLA. I was waiting for a bone marrow transplant. I didn’t have a match because I’m an only child, and, as luck would have it, no one in family was closer than a half match. I had just undergone several rounds of chemotherapy, steroid treatments, and an experimental stem cell transplant. I was still in reverse isolation and unable to attend school and activities. 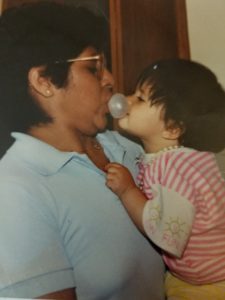 I admit, it was a little scary not having her there even though I was at Grandma’s. She would call me during her lunch break to check on me and what not. On this particular day, the phone didn’t ring. Fifteen minutes into her lunch break it still didn’t ring. I knew something was wrong. I asked my Grandma if I could use the phone to call her. She said no. I defiantly used Grandma’s bedroom phone to call her office. One of the office ladies made up some story about how she couldn’t find her. Now I definitely knew something was wrong. About 5 minutes later the phone rang. Grandma picked it up. I deviously picked up the phone in Grandma’s bedroom to listen in on the conversation. I couldn’t believe my ears: “Mrs. Vasquez, we found Patty passed out at her desk. She was rushed to the hospital. You need to get there as soon as possible.” 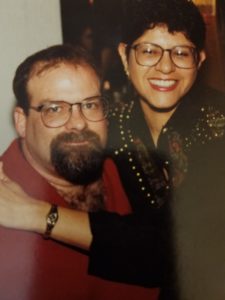 The next couple hours were a complete blur. I don’t know if they were a blur from all the commotion, from my young brain trying to block it out, or from all the cancer drugs I was on. The next thing I remember is walking off of the elevator and down the hall to the ICU at the hospital. My dad, who was an over-the-road truck driver at that same company, was sitting there still wearing his Carhartt and covered in dirt and oil, with his hands over his face. I had never seen him cry before. And there he was. Beet red and crying like a baby. The nurse came in and explained to me that she had a brain aneurysm. She was basically brain-dead by the time she got to the hospital. We walked over to her room. I peered in the glass and she was laying there lifeless. Tubes, wires, and equipment were everywhere. If I close my eyes, I can still see her laying there with the breathing tube in her mouth. I said goodbye to her. And I thanked her for being the best mom I could ever ask for.

Grandma took me home, gave me all of those cancer drugs no child should ever have to take, and put me to bed. Behind the scenes, the pediatric cancer doctors we were working with at the University of Wisconsin-Milwaukee flew down by helicopter and harvested her stem cells in case I never found a bone marrow match or the experimental stem cell transplants didn’t work. The doctors then pulled the plug. Patricia A. Inman passed away March 1, 2001. 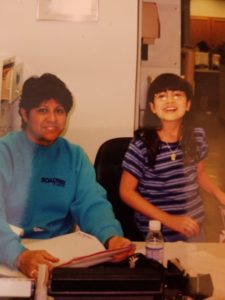 My mom helped to organize multiple blood and bone drives not only in hopes of finding a bone marrow match for me, but for finding matches for all others out their searching for their continued gift of life. We learned that what made it so hard to find me a bone marrow match was that I am of fifty percent Hispanic/Latino origin. My mom made it her mission to spread awareness about minority blood, bone marrow, and tissue donation, and to register as many people as she could to donate.

She then became an organ donor and her heart, both eyes, both kidneys, both lungs, liver, and pancreas were all donated. They went to recipients ranging in ages from 7 to 73. The mom of the 7-year-old boy who received one of her kidneys sent us an update on his condition right after his transplant. I was elated to read it. He was doing well and his prognosis looked positive. He liked to play baseball and couldn’t wait to be back out on the field. She asked if I would mind sharing something about my mom. The 73-year-old woman who received her heart also reached out and asked if I would mind sharing something about my mom. I shared that she is dancing in heaven knowing her organs went to so many people. She devoted her life to giving back, and now her afterlife is devoted to giving back as well. 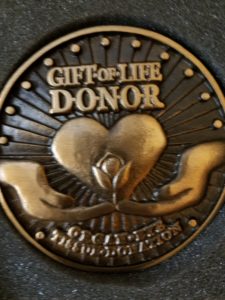 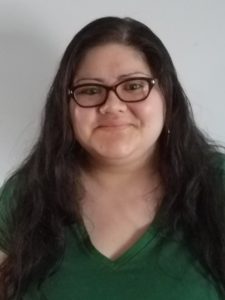 Emily Inman is originally from the Chicagoland area, and is an only child from a large Latino family. She was diagnosed with a very rare form of bone marrow cancer, called aplastic anemia, when she was 10-years-old. Emily needed a bone marrow transplant, but never found a match. She received several experimental stem cell transplants that ultimately saved her life. Emily’s mom, Patricia, passed away from a brain aneurysm while Emily was still undergoing treatment. She grew older, entered remission, and eventually went back to living a “normal life.” Emily received a B.A. in Journalism & Mass Communication and Global Health Studies from the University of Iowa. She stayed at U of IA and got her Masters of Public Health in Community & Behavioral Health, as well as Health Communication with a concentration in Cultural Compentency. Emily is now serving her second term with the Illinois Department of Public Health AmeriCorps. She serves as the food access for an organization that conducts homelessness prevention and intervention in the South Suburbs of Chicago.