Our last August post is a throwback! Today’s guest blog comes from Stephanie, who shares how her priorities have changed, since her daughter, Maggie, was born with a heart defect.
This was originally posted in May of 2014. 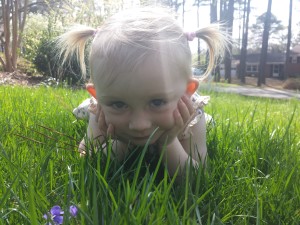 I used to really care about elections and politics.  As a political fundraiser, I took it personally if friends or even strangers supported my opponent.  Funny thing is, they were never MY opponent, they were the person running against the person who paid me to help them raise enough money to compete and hopefully win an election.  I jumped from campaign to campaign, always eager to fight and argue and sometimes sacrifice relationships with friends and family members.  Nothing was more important than my job, my reputation and the campaign I happened to be working on.

I worked for a sitting governor during my entire pregnancy in 2011.  I sat in an attic office, talking and complaining and making sure that everything I touched went well.  I raised a lot of money and watched my feet and ankles swell as I paced around at fundraising events.  I took pictures of my “kankles” afterward.

Our daughter was born on January 11, 2012; she was pink and screaming with a shock of dark hair.  I did not enjoy pregnancy one bit, so I was so relieved she was here and I could eat a big dinner.

During the first exam, after the first bath, probably while I was begging for a dinner menu, the nurse said, “She has a heart murmur….But lots of babies do and usually it’s nothing, most close on their own.  No big deal.  The pediatrician will listen and I am sure it will all be fine.”  I shrugged and said OK, never once thinking there was anything wrong.  Her heartbeat had been so strong the whole time I was pregnant and I had such a tough nine months – I was sure nothing was wrong.

The next day, the pediatrician examined Maggie and commented that her murmur was a “3 on a 1 to 6 scale.”  He ordered an echo, just to figure out what was going on.  I will never forget my mom piping up from across the room, “Her sister had Tetralogy of Fallot!”

Tetralogy of Fallot sounds like gibberish if you’ve never heard it.

I never knew my sister’s defect had a name.

I thought she just had a hole in her heart that they fixed.

The doctor paused upon hearing my mom’s comment and I don’t really remember much other than taking a shower and talking to my sister about child birth while the techs did an echo on my baby, down the hall.  My husband and mom walked with her, I wasn’t overly interested because I just knew nothing was wrong.  I walked over and looked in the window while they did it but I just couldn’t bring myself to get upset.

Later that afternoon, around 5:15 or so, my husband and I were in our room with our new baby.  For some reason she and I were skin to skin, maybe we had just finished nursing, when the pediatrician came in the room.

I only remember him walking in and around to the bed where we were sitting.

I do not remember what he said but as he said it, I felt my soul turn inside out.  There is no other way to describe it.

I have never been the same.

The love I feel for my child is beyond comprehension.  I have been more scared than any parent should ever have to be.  I felt something deep inside me rip open.

I have never been the same.

Now, 28 months later, Maggie has had 2 heart surgeries and is functioning normally.  You would never, ever know she had heart issues.  She goes to Montessori school, jumps and runs everywhere and loves her Daddy.  She loves me too, but it’s a different kind of love.

I am back working in politics but I don’t care the way I used to.  I care about Maggie and my husband and our family, but that’s about it.  I care about helping other heart baby families know they are not alone and I have such deep empathy for parents of children with any kind of issue.

Politics is fun but I am just so blessed and thankful that my baby is OK.  I am not the same as before Maggie’s diagnosis and I think that’s a good thing. 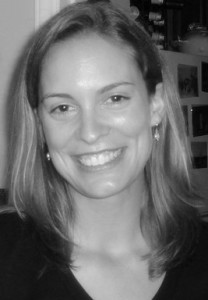 Stephanie Dorko Austin began her career working for former White House Chief of Staff Erskine Bowles both times he ran for U.S. Senate (2002 and 2004).  She was Finance Director for State Treasurer Richard Moore’s gubernatorial campaign in 2008, helping to raise just over $5M for the primary election.   During the 2010 cycle, she worked for U.S. Senate candidate Cal Cunningham and N.C. Senate Majority Leader Martin Nesbitt.  She was Deputy Finance Director for Governor Bev Perdue’s re-election campaign in 2011.  She has also worked as a fundraiser for State Treasurer Janet Cowell and U.S. Senator Chris Dodd of Connecticut.

Stephanie’s non-profit experience includes serving as Vice President of Government Affairs for the Charlotte Chamber of Commerce and Development Director at the Council for Entrepreneurial Development and the NC Advocates for Justice.

She currently works for the Cooper for North Carolina Committee and serves on the Board of Advisors of the Jamie Kirk Hahn Foundation and the Board of Trustees of Follow the Child Montessori School.  A Phi Beta Kappa graduate of Trinity College in Washington, DC, Stephanie and her husband, Will, live in Raleigh, NC.