Conquering CHD strives to empower whole families dealing with congenital heart disease.  That includes you, Dad.  Thanks, Chris for the great reminder! Dad, we’ve got your back and will strive to be more intentional!

Let’s just put it out there: for a long time Dads have gotten a bad rap in the media.  We don’t know what we’re doing, we can’t clean a thing, we only care about beer, and kids?  Well they just baffle us.  It all came to a head a few years ago with this epic Clorox ad: 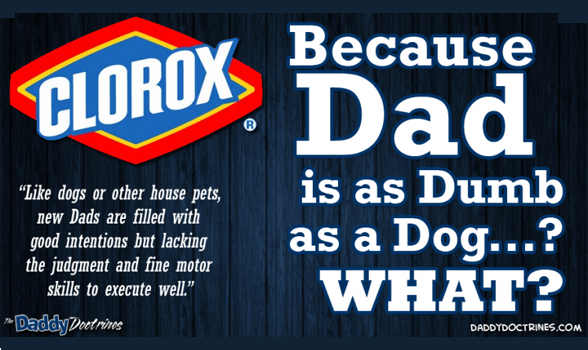 That, and another diaper ad where they tested a diaper’s strength by “leaving kids with dad” really started to change things and the portrayal of Dads is shifting from more Homer Simpson to dedicated, loving parent.  I’m all about poking fun at myself – heck, you’ve seen it on my blog countless times – but I also refuse to be labeled as incompetent.  When you throw a complex Congenital Heart Defect into the mix the result is a new normal.  So here’s a few things that anyone (both guys and ladies) shouldn’t say to a Heart Dad:

The idea of toughing things out and “being a man” totally doesn’t apply to a Heart Dad, I don’t care what you say.  I could’ve never dreamt up the things we’ve gone through with Nolan…and honestly, nothing could have prepared me for what we went through.  Being a Heart Dad is emotional (another traditionally “non-man” thing) and exhausting.  When it beats you down – and it will – it isn’t a sign of how manly you are.  Even though guys have a hard time showing emotions or asking for help, we do need a lot of support from others to make it through this.

Say this instead: “Dude I can’t imagine what you’re going through.  Let me know how I can help.”  Which leads me to my next thing…

We’ve all been subject to this one: everyone wants to help, but how many people actually show up?  I’m not trying to sound mean or ungrateful, but there are times where – YES- you need that help…and where is everyone?  The offer to help is great, but good intentions don’t equal actual help!

Say this instead: “Hey man, I wanna bring you guys dinner: how does tonight sound?”  We sometimes have a hard time asking, so just offer!

3. Does this mean no sports?

Yep, you guessed it.  My life became a failure once my son was born with half a heart and probably wouldn’t be the Yankees centerfielder of the future.  Woe is me. 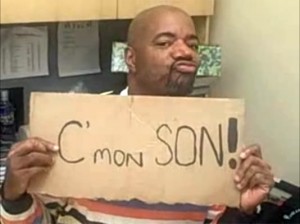 Believe it or not – and this will shock you – some Dads are about more than sports.  Fellow men: we’ve come to grips with the reality that sports probably won’t be a big thing in our home…and it’s alright!  So what if my son may not play baseball?  He’s alive right now and kicking CHD’s butt…and that’s what I want to cheer on.

Say this instead: “Bruh: your kid’s really doing this thing!  Awww yeah!” Or something positive and supportive along those lines.

It drives me crazy when Dads get stereotyped but it also drives me nuts when Dads stereotype one another.  In this new normal, there could be lots of things you’ll start doing that maybe you’ve never done before: groceries, more cleaning, LOTS of laundry, dispensing medications, struggling through feedings, etc.  I can’t stand it when guys have this pre-set list of duties in their heads, as if it makes you less manly to wash a dish or two.  You know what?  Tonight I helped make dinner, gave 3 kids a bath, did a load of laundry, washed a sink of dishes, fed 2 picky kids and tube fed another, swept the floor, and picked up toys off the floor, and read the kids books before bed.  To me, that’s some manly stuff right there.  Guys it’s not enough to just bring home the bacon.  You need to pull your own weight *mic drop*

Oh wait, I’m not done.  For everyone else, please don’t trivialize a Dad who is out there trying.  It’s bad enough we had to see our kids struggle for life: I don’t need your fake pity in the grocery store.  Heart Dads do a great job of taking care of their kids…it’s not “Daddy is the babysitter” time or “Mommy’s day off.”  It’s called being a parent. *now the real mic drop*

Say this instead: “I don’t know how you do it, but you’re doing a great job!”  It’s not an ego boost as much as it’s simple positive affirmation.  This journey is new for us, and it’s new almost daily: we’re doing our best to get through it without our kids being all jacked up, so a little kindness towards us goes a long way!

This one is a toughie because I don’t think it’s something that’s done intentionally.  I’ve been on multiple CHD websites and facebook groups, and I often see posts for advice that feature the same wording “Hey heart Mommies” or “Any heart Moms out there know about…”

I know you’re not intentionally leaving out the Dads, but unfortunately it’s there and for awhile I would answer these posts with “Heart Dad here…” because I wanted to show that, hey…we know stuff too.  There are people out there who write “Hey heart families”…and kudos to them.  Again, I’m not saying you’re wrong when you write things to other Heart Moms…it’s important to have those connections too.  But part of why I started my blog was because there really wasn’t a lot out there for Heart Dads: I didn’t see a lot that was honest and humerous and written in a way that I could relate with.  And you know what I’ve discovered?  There’s A LOT of Dads out there who are looking for the chance to have a voice too; they’re looking for the chance to be connected and have a seat at the table.  We don’t want to be portrayed as the dudes in the background who help out every now and then…we want to be a major player, and we can be!  Sometimes you just have to remember to leave room for us at the table.  I appreciate every Heart Mom out there for giving birth to our Warriors, for being nurturing and kind and for keeping us all going without running into traffic.  Heart Dads: you’re important too, and we’re all in this together.

Say this instead: “What do you think?” 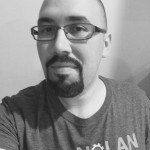 Chris Perez (aka HLHS Dad) lives just outside Charlotte, NC with his wife and 3 sons – including Nolan, who was born with HLHS in 2012.  He is the author of Half Heart. Whole Life: an HLHS Dad’s Blog, where he shares his journey as a heart dad with honesty, humor, and the realization that dad’s just handle things differently. In his spare time – if such a thing exists – Chris enjoys New York Yankees baseball, playing guitar, and memes.  You can visit Chris’ blog at http://hlhsdad.com.