With each CHD, there is no certain path, no one course looks like the next, and complications vary widely. Though a patient may have a specific structural diagnosis, different arrhythmias may develop over time, however patients and families are not always made aware of this possibility immediately. That’s why the diagnosis of an arrhythmia may surprise parents and send them for a loop, just when they think they’ve seen it all.  This also makes it difficult for parents to know just how much to share with teacher and other adults in their children’s lives, just as Alison Connors shares with us this week. 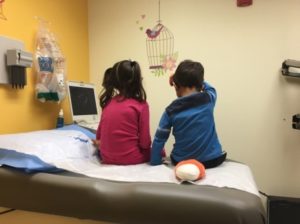 I’m often wondering what to tell people when they ask me about our children. It’s something most parents think about I’m sure. What details will help this teacher, this coach, this babysitter take care of my child? What can I share with them that will give them a view of who they are while they are in their care? For me there is always this looming question of what to say when discussing my children. On one hand I want them to treat my children as the unique individuals they are, discover new things about them, but on the other hand we do have this elephant in the room which is CHD.

I am a mother of three with two children who have faced Congenital Heart Defects. Like most Heart Parents it’s not something you plan, but it’s our life and we do a pretty good job at navigating C.H.D. It is always on my mind what and how much to share especially since two of my children have irregularities in their heart rhythms or arrhythmia. 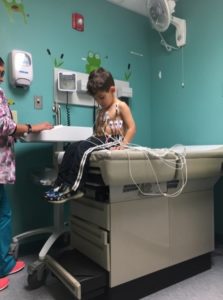 Arrhythmia isn’t something I thought about when my children had their open heart surgeries. Actually, it was never mentioned when they told me about their hearts and never mentioned until few years ago. I think in the medical profession they are more of the approach of “we will get to that hurdle when and if we get to it.” Even the vague definition for Congenital Heart Defects is ‘problems with the heart’s structure present at birth’ that doesn’t really lead you to believe you may also have “electrical” issues as well or it didn’t in my non-doctor mind. CHD has so many forms and complexities that there isn’t a one size fits all explanation or treatment, so I see their hesitation to lay it all out there. Unfortunately that makes CHD affecting your family a situation of having to roll with the punches of what is going to happen, or at least that is how I have felt.

About two years ago, we were told our daughter had 1st degree heart block. After 4 years of seemingly good appointments, it flung me back into that intense worrying state of mind that we were in for her first year of her life.1st degree heart block, once again something was affecting my child that I had never even heard of before. I remember thinking, “ok, block doesn’t sound good, especially when describing my daughter’s unique heart.” “Why wasn’t this mentioned as a possibility? Or was it, is that the same thing as a murmur? Maybe they mentioned it? No, I would have remembered that.” We were told not to worry, but of course one of my favorite quotes is ‘telling a mother not to worry is like telling water not to get wet.’ I remember crying in the bathroom after we got home from the appointment. Although I knew CHD was lifelong I felt like we were ahead of it or at least had it under control. Arrhythmia seemed like the scariest effect of her surgery. I may or may not have googled how much an AED costs.

With this new information we did what we could and I quickly learned that we did not in fact need our own AED. We did our research and we asked questions. It turns out that arrhythmia is pretty common among some patients who are affected by CHD. That was reassuring for some reason, at least she wasn’t the only one and her pediatric cardiologist was very familiar with this. We followed up about Holter monitor results and asked what to symptoms to look for in the future. We were told that pacemakers would most likely be in her future, but time would tell on when. We were met with some ifs and buts since, unfortunately, our cardiologist is not a fortune teller. Wouldn’t that be nice though? Note to self: google physic pediatric cardiologist. Just kidding. Fast forward just 6 months later and our youngest and second heart warrior was too experiencing irregular heart rhythms. This time, I was more prepared and less shocked. Of course his arrhythmia is not the same as our daughters, but arrhythmia was now on our radar so to speak. Isn’t it weird how things like this become your new normal? Now we had a new discussion point when it came to our kids and how to approach this new element of their health concerns added a new layer to who our kids are. 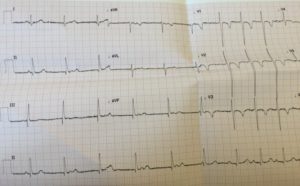 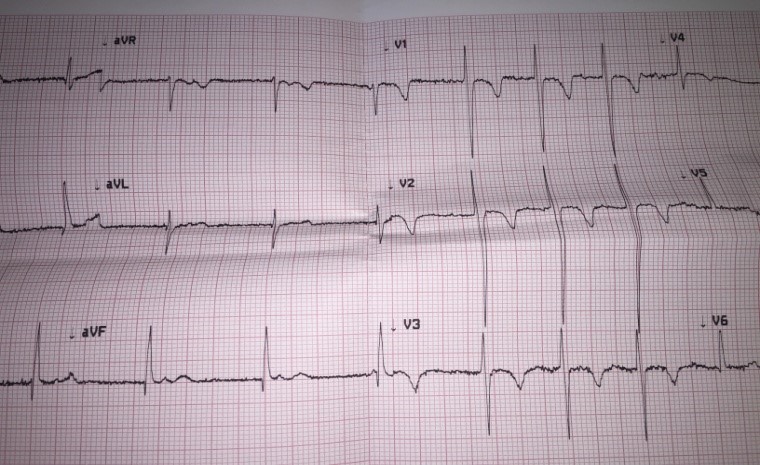 Thinking about my children at school and how to explain CHD and arrhythmia to their teachers worried us. I would go back and forth on how much to disclose at their schools. I wanted to keep them safe of course, but I didn’t want them to be known for just one thing, that being just their special hearts. We decided to air on the side of caution and give specific details about our children’s hearts to their teachers and school nurse. I am so glad we did because our daughter’s school nurse kept referring to it as congestive heart failure. Yikes, right? While we were worried what to share, our kids were busy telling everyone about their hearts and showing off their Holter monitors. They decided to take the lead and give full disclosure to anyone they met. We were surprised, proud and kind of felt silly. We worried what to say about the “elephant in the room” and how to say it, but when it came down to it, it didn’t matter. To their teachers, they were still just two happy kids in their school and their friends think it’s cool they had heart surgery. At this moment, we have things figured out, but of course life has a way of happening while we’re busy pretending we know what we’re doing and planning. 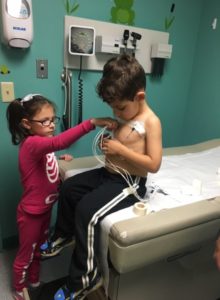 Two of our children are affected by CHD and have irregular heart rhythms. So where does this lead us? Like most Heart Parents we just don’t know what our children will experience next. This CHD journey isn’t written in stone and we will always have looming questions on what will happen and how to handle social situations well into adulthood. Will I one day have a heart warrior grandchild? Whoa, ok, slow down, but it’s already on my radar. We just have to stay tuned because with CHD we just don’t know exactly what path we will take. At least we no longer see CHD as an elephant in the room. 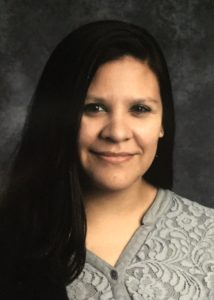 Alison Connors is a mother of three children: McKenzie, Jackson and Archer. Her oldest McKenzie and youngest Archer both had open heart surgery for congenital heart defects. McKenzie and Archer have been in the care of the PSHU team at Advocate Children’s Hospital in Oak Lawn, Illinois since birth. Alison has been married since 2009 to her best friend Christopher, and she recently went back to work as a 1:1 teacher’s aide for children with special needs. She and her family have a busy life, but she has a passion for volunteering and believes that there is healing power in taking part in something that is bigger than yourself. Having two children with CHD threw Alison onto a path she never expected to be on, but a path her family is very grateful to be on. It’s an honor for Alison and her family to share resources, give hope, and support to others who face the same situations that they have.