For the month of April, PCHA has been focusing on the theme of National Donate Life Month. In the 6th post of our series, Charity Robert shares a tribute to the boy whose heart saved her nephew Jacob’s life. 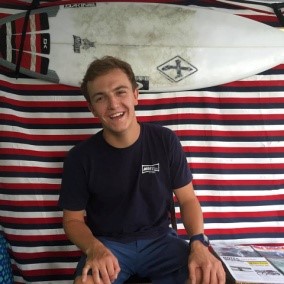 October 21, 2015 is a date to remember for 2 very special families.  This date marks an event that would forever change the lives of many, yet also forever combine two families that live very far apart.  It’s a date that was not planned, not foreseen, nor marked on anyone’s calendar.  This particular date was meant to be, yet unknown to anyone.  You see, when someone is waiting for their future to open up, sometimes another person has closed it forever.  We don’t know when or how or who’s future will end, but we do know that when someone is on the organ transplant wait list, this is the inevitable outcome we have to hope for.  October 21, 2015 Jacob Kilby got the call.  Jacob received the news he and his family had been waiting for, there was a perfect match…..a match that Jacob desperately needed in order to glimpse a future for himself.  A donor heart was going to be transplanted this night so that Jacob could walk into his future.

995 in the state of Alaska.  Triston is known for having a “wild” side growing up, yet had a loving and caring side that won over hundreds of friends.  Triston decided to attend college at the University of Nevada where he lived his life to the fullest each and every day.  Many friends would call him by “T.Dog” or “Shorty”, as he was musically inclined, while others knew him by “907SquadGod” on social media for being a unique, individual music writer, rapper, and beat mixer.  Some of the memories I’ve heard contain the “fearless” ways he enjoyed his life, such as motorcycle riding while being chased by police, a move that won the heart of his beautiful girlfriend.  Triston had the handsome looks, the genuine love of people, and that bit of bad boy personality that many people find attractive!  I’ve heard that he listened to friends and encouraged everyone to be the best version of themselves, often quoting “Nobody can tell you how to be yourself, you are the best you.  Appreciate being an individual and do you!”  Triston called himself “The Man” often and on October 21, 2015 he became just that for Jacob.  Just 3 days prior, Triston Taylor Green passed away from an accidental gunshot wound.  Triston had previously made the decision to become an organ donor,  a choice that was made of his own doing, and one that has proven heroic.  Yes, Triston Green, you are definitely “The Man” in the eyes of Jacob Kilby and his family. 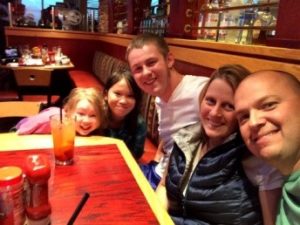 The event that took place on October 21, 2015 may not resonate with the everyday individual.  Organ Donation and all that it entails may not necessarily seem important or relatable at this time in everyone’s life.  It’s very difficult to talk about losing a loved one or to even think about the unimaginable trauma one might endure in a traumatic loss such as the life of Triston.  Believe me, the need for a life saving organ transplant is bittersweet when you have to hope for someone’s loss so that you may gain another year with your nephew, as I have had to do for Jacob.  Please know that if Triston had not thought about life after death, my nephew may not be here today.  I can only think that without the loving family and friends that created this unique young man, organ donation may not of been agreed upon by Triston.  On October 21, just 2 years ago 2 young men, smart beyond their years were joined together with one healthy heart.  My nephew has a future today and Triston will be loved, remembered, and treasured to infinity and beyond! 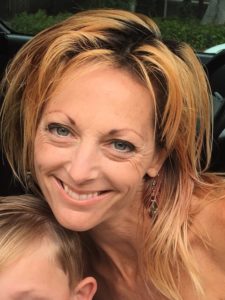 Charity Roberts is the youngest sister of Jacob Kilby’s mother, Mellissa Johnson. Charity became an active advocate and supporter of CHD and organ donation awareness when Jacob was awaiting his second heart transplant in 2015.