CCHD closes September’s Mental Health Series with Chistina Babera’s story. Christina shares her experience as a patient with us, highlighting the important role talking about mental health plays in destroying the stigma. 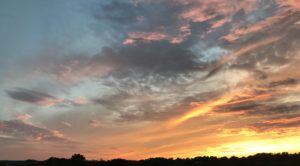 In some recent downtime on a day off, I had settled in to read a book written by Hanya Yanagihara, and there is a moment in that book that sticks with me.  In it, one of the main characters says—of a recent illness—“Of course he will be okay.” But all he can think in his head is “Of course there is no ‘of course’.  ‘Of course’ had left their lives a long time ago.”

This past October, after being twenty nine years surgery free, my world was completely shaken and turned upside down.  I had gone in for a routine appointment, when my cardiologist noted a drastic drop in heart function and had discovered my mitral valve needed to be repaired as quickly as possible.  Three hours post operatively, in the ICU, while still on a ventilator, I went into complete cardiac arrest. I woke up for the first time after surgery to my own CPR. This was my first memory.

I am a pediatric nurse. I understood everything the doctors were saying.  I felt every single compression my nurse gave me, knew the medications being shouted out were medications we use in the code algorithms at work in my own hospital, and knew this was very bad. I couldn’t see much, but I could hear and feel everything. I knew what was happening.  I couldn’t do anything about it. I remember thinking with everything I had that I needed to trust them and hope I wake up, telling them in my mind I wanted to wake up again, willing them to hear my thoughts.  My last memory was of my doctor saying “Just shock her!”, and feeling the defibrillator pads being placed on me.

The subsequent month long stay in the hospital and the months after it, felt like I had fallen down a rabbit hole.  We were all unprepared for the complications that followed.  I could remember snippets of conversation between nurses and doctors outside my room. “Why is her rhythm this way?” “Why is her heart rate so low?” More tests were scheduled, pediatric cardiologists were called in to consult.  “Can we get her original operative note from the 1980’s?” We could not—the hospital did not keep records that long.  After many different tests, several calls to doctors from long ago, and one wonderful cardiologist who, on his vacation took time to search through his old microfiche files, we discovered, of course, that things were going to be more complicated than we thought.  I had been a surfer, a runner (who needed lots of breaks, but still a runner), a hiker, and a volunteer for medical missions overseas, and here I found myself unable to walk the end of the hallway.  I could feel my “of course”—the reassurances that things would go back to the way they were—slipping away.

Of course, we all know the statistics.  If you live in this world, you know CHD is the number one birth defect, and you know all too well it does not receive the attention from the rest of the world that it deserves.  Of course, you know more about your own defect or your child’s defect than many of the healthcare providers you come across. Of course, we know all too well that life can be very unfair, and of course it is always colored with its beautiful moments.  But we are all so busy navigating every physical ailment and case management part of CHD that, of course, we do not take care of ourselves—of course we do not stop to think about the depression, the anxiety, the PTSD forming in the background.  I had all of these things, and I was the last to know about them.

Of course I had anxiety—from worrying about everything that could

still go wrong.  In the months that followed, well, let’s just say the nurse practitioner that fielded all my calls and emails deserves a medal.  Every temperature increase was a reason to suspect endocarditis. At cardiac rehab, I would position myself near the heart monitor, watch my own rhythm—no, this rate is too fast too soon–  I would say to the nurses, yes, the ones that, you know, do this for a living.

Of course I had PTSD.  It took me a long time to realize, that is okay.  Of course, anybody that wakes up to their own CPR and fully realizes what is happening is going to constantly have flashbacks.  I can remember watching an ER movie with my friend, where several times patients were getting CPR.  During the first scene, I had been laying down, comfortable, and when the compressions started on the screen, I sat right up.  And during the second scene, I got up again.  By the third scene, when I was fully standing and pacing the room, it finally occurred to me what my mind was unconsciously saying: “I will not be lying down, in the same position I was in when I got my own compressions.” It was as if my body was indirectly telling me “Look, see? You’re walking. This is not you anymore.”

Of course I was depressed—for the life I had and how this “new” one would be different. Limited somehow.  Of course I didn’t see it.  I was sleeping into the afternoon because my body was “just recovering”.  I was not eating because I was not as active and “just didn’t have the appetite”.  The thing about mental health is the stigma associated with it, but the bigger thing about it is that, when you’re a CHD patient or parent, you get so used to terms like “warrior” and “survivor”, that of course, you don’t realize your mental health is taking a hit.

It was a doctor, an adult congenital heart specialist and a man I had studied under as a student, and that medal deserving NP, that pulled me into the office.  During an appointment I had booked for a second opinion when I was (anxiously) worried about my heart, they pulled me in and very delicately discussed the changes they saw in me.  What was important was the absolute validity they gave to all of them.  They said he could not imagine what he would be like had they gone through my experience, acknowledged that it is life changing what we go through, and told me I need to recognize the importance of having gone through something life altering.  We discussed anxiety, depression, and how to seek out resources for talk therapy.

This is huge.  Half the time, it seems as though cardiologists do not recognize the importance of mental health, therapy, and how to find help, and other times, when they do, we are extremely closed off to the idea.  We immediately go on the defense, assuming they are not paying attention to our physical symptoms, dismissing them as mental.  Sometimes this is true, but sometimes it’s not.  We fall into the trap of feeling stigmatized because there is such a stigma surrounding the need for help. And after all, we have gone through so much, we are always told we are so strong, fierce, courageous etc. that the idea of being emotionally fragile doesn’t seem to fit in with all these other adjectives that we are.

I share this story with you for a few reasons. In order for the stigma to be removed, we have to first be comfortable sharing our journeys, even the dark parts of it.  Of course it is normal.  But if we don’t talk about it openly and ask for help, we don’t even take the first step in removing the negativity associated with it.  In order for any change to take place, the conversation has to exist.  Part of me, the patient, feels that we need to be open, we need to stand proud, of our WHOLE story.  Because without us unashamedly sharing our stories, the stigma will always be there.

And part of me- the nurse- sees the healthcare system and knows that, despite the best intention of everyone, real gaps remain. Of course they do. There is still so much we do not know.  They can only be filled by people that live these experiences.  Do not be afraid to fight for yourself, or for your children.  Things like early intervention and therapy are huge. Do not be put off by the idea. Embrace it.  And if you are not offered it, please ask.  Everyone deserves to be aware of what resources are there.  We are a family of first and second generation CHD patients.  That matters.  Our being here and how we tell our stories, sets a precedent for all those in our family who will follow, to have it that much better.  “Words are, of course, the most powerful drug used by mankind.” -Rudyard Kipling. 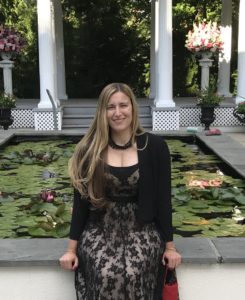 Christina Barbera is native New Yorker, born with Cor Triatriatum, a cleft mitral valve, a patent foramen ovale, and several vasculature anomalies that include partial anomalous pulmonary venous return and a left superior vena cava draining to a large coronary sinus.  After complications from her last open heart surgery, she has developed issues with her conduction system.  She is a Registered Nurse, a Certified Pediatric Nurse, and she recently passed her boards as a Certified Pediatric Nurse Practitioner.  She believes her patients teach her something new about life every day and constantly remind her to be grateful. She is currently in a doctoral program at Stony Brook University seeking her DNP and travels to Haiti on medical missions, providing care to children in an orphanage in the mountains over the Dumay region. She loves coffee, her dog, her friends and family, books, and anything water related, in no particular order.