Adult patient and medical student, Nauman Shahid, shares what he learned about the way different body systems interact with one another through Medical School and personal experience. Here, he shares the complications that developed with his lungs as a result of his Congenital Heart Disease. 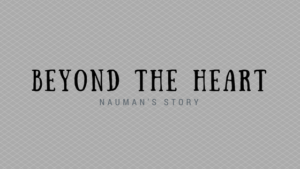 When we think “Congenital Heart Defect” we often think about the “heart” and only the heart, but as someone who attends an Osteopathic Medical School, Ive come to realize that this is only the tip of the iceberg in the realm of CHDs. One of the tenants of the Osteopathic medicine philosophy happens to be in how the body is a unit as described by the founding father Dr. Andrew Still. Within this unit lie different organ systems that work in sync to create a balance of homeostasis. Its when we have a disturbance in this “homeostasis” is when we have a diseased state that may often require medical intervention in addition to the body’s own ability to self regulate. In this short piece, I will attempt to introduce one piece of this unit at the organ level to facilitate the understanding in how a Congenital Heart Defect is much more than just the “heart” with a focus on respiratory/pulmonary ailments.

Having Tetralogy of Fallot diagnosed at a very young age, my parents were often told of the potential respiratory issues that may arise during the course of my life. As such, many Tetralogy of Fallot patients often require a pulmonary valve replacement by virtue of the initial repair surgery in which the pulmonary valve is disrupted. Coupled this with having a stenotic left pulmonary artery, this substantially increased my right sided heart pressures and decreased the blood flow to the lungs in general due to having pulmonary artery hypertension. Overtime this can cause issues in the long run as it did for me. As a result, during times of strenuous exercise or any activity in which it increased the heart rate, I would find a great amount of shortness of breathe coupled with lower extremity edema. This can be thought to have similar implications as an infant having a crying “TET” spell. This often occurred as a result of the lungs not receiving adequate amounts of blood. This resulted in a back up of blood in reverse all the way down to the lower extremities. A way to think about this is, imagine having a backup of water in your sink due to having a faulty water sink disposer. The water will continually collect unless the core of the issue is resolved. In which case, for me, was a faulty pulmonary valve coupled with a stenotic left pulmonary artery which caused respiratory issues. 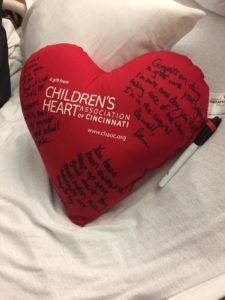 You might be asking, “how does all of this relate to a pulmonary issue?” To answer this, we need to first define pulmonary artery hypertension, in which it is a condition where the blood pressures are increased within the arteries of the lungs. Pulmonary Hypertension is a broad spectrum term which has 5 distinct groups of etiologies as defined by the World Health Organization. In my case, having a stenosis of the left pulmonary artery increased the pressure and caused a back up of blood which in turn causes the heart to work harder. It should be noted that normal pressures for the pulmonary artery are usually below 20 mmHg. However if this pressure rises to above 25 mmHg during rest, it is by definition pulmonary artery hypertension. It is very sensitive to minute changes in pressure and hence why the right side of the heart that leads into the lungs is called the “low pressure system”.

For me as the patient, it caused a number of different issues. I often had increased exercise fatigue, shortness of breath when playing sports, and palpitations. Being in medical school, it did not help me where I would sit for long durations of time. During this time, I got a bit ill and developed pneumonia. I had repeated trips to the emergency room near my medical school. As a result, many of the ER doctors I saw were obviously not trained enough in the realm of dealing with congenital heart defects and were also confused when administering certain acute therapies including nebulizers and other respiratory treatments with a probable focus on it being a pneumonia infection. Additionally asthma was also likely present as well with the larger issue ofcourse was dealing with these EKG changes that got many doctors confused. When I initially started to get palpitations, and shortness of breath, I used to think the acute altitude changes were a contributing factor since my medical school is a bit higher in elevation in rural West Virginia. While that may also have contributed to my symptoms, it ofcourse was not the entire story. During this time, I remember my mother telling me all the time, “Nauman, your heart is telling you something, you should listen to it”. As they say, mothers are never wrong, and rightly so. The exercise fatigue, shortness of breath ended up being much more than just asthma or pneumonia alone. Finally, I got to see a Cardiologist after narrowing down that it was likely my heart that was acting up which was now affecting my lungs as well. It was only with my Cardiologist in New Jersey did I learn about the gravity of the situation and the likely intervention required.

The million-dollar question? How do you fix this? Well thankfully with the advancement of congenital heart medical care, patients with similar presentations have a multitude of options including surgical and medicinal therapeutic interventions. Initially I went in for a catherization at Cincinnati Children’s Hospital to replace my pulmonary valve via a transcatheter procedure. However, the diameter of the Right Ventricular Outflow Tract (RVOT) was simply too large as a result of a slightly dilated heart making the transcatheter procedure a non-viable option. This rendered open heart surgical intervention as the only choice which came as a blessing in disguise. Under the careful direction and precision of my surgeon at Cincinnati Children’s Hospital, they not only replaced my pulmonary valve, but repaired my left pulmonary artery,
reconstructed my RVOT, and repaired a hole in the septal leaflet of my tricuspid valve which came about as a result of my severe pulmonary valve regurgitation.

The take home message? Depending on the complexities of your congenital heart defect, it is imperative to understand that no two CHD’s will be identical with a varying degree of severity. With this, it is important to note that as in my case, it is not just about the heart in a localized fashion. This was just one example in how something as simple as 3 pieces of tissue coming together to make a valve that open and close due to pressure differentials can cause such a dramatic effect. This being, lower extremity edema, increased right heart sided/pulmonary pressures, shortness of breath and ultimately damaging the heart to a point of no return effecting the systolic (pumping function) of the heart. Furthermore, the artery connecting the right ventricle and the pulmonary trunk may get stenotic to where one may have higher pulmonary pressures and thus have pulmonary hypertension. For this reason, it is imperative to understand the human body as a unit of different organ systems working in concert to achieve the process we so often taking for granted known as life. By addressing the core etiology that disrupts our homeostasis you can address each component collectively and individually which in my case was the dysfunction between the circulatory (heart) and respiratory systems (lungs). 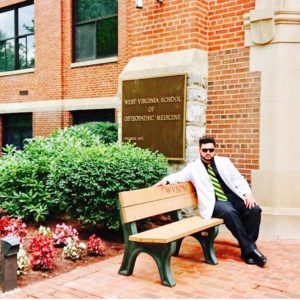 I never really knew how much these issues were effecting me until I got treatment. Although my recovery from open heart surgery was anything but normal due to having pleuritis and other issues, I have come out well. In fact aside from my ability to return back to my fitness regimen, I noticed a great increase in my intellectual capacity to where I have been ranked in the top tier of my medical school class as I am no longer fatigued or tired during the rigors of medical school. While I know, many of my fellow heart warriors are not looking forward to a possible surgical intervention, I can safely say everything indeed happens for a reason. If it wasn’t for my pneumonia, they may not have ever picked up on my EKG changes. As my mother said it best, “Listen to your heart, its telling you something”, and finally my heart is content with this outcome because while I may not be where I want to be, I am simply glad I am not where I used to be. 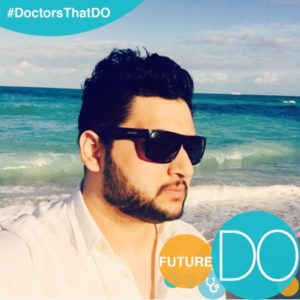 Nauman Shahid is a 31 year old Tetralogy of Fallot Patient who is well known in the congenital heart community as a regular contributor on various social media platforms. He is involved in various congenital heart awareness initiatives including being a Hearts Unite the Globe (HUG Network) Volunteer as a Guest Host for their CHD radio show (Heart to Heart with Anna), Chief Operations Officer/Board Member for the Tetralogy of Fallot Foundation, recipient of the CCHD Scholarship to attend the 2018 Congenital Heart Legislative Conference in Washington DC where he met lawmakers to advocate for H.R. 1222 (Congenital Heart Futures Reauthorization Act of 2017), and selected for the 2018 CCHD Calendar for the month of November. However one of his strongest contributions comes as a result of him being a dedicated medical student where he lead an awareness campaign on campus during Congenital Heart Awareness week on Feb 9, 2018 where he along with a few dedicated classmates distributed purple ribbons along with relevant literature in an effort to inform the next generation of breeding physicians about CHDs. When Nauman is not studying, he is often found to either be boxing in the gym, BBQ/cooking some of his favorite foods, touching base with fellow heart warriors and their families to lift their spirits or resting up listening to his favorite soft rock tracks. Nauman will be attending a 2 week clinical internship at Cincinnati Children’s Hospital’s Heart Institute to observe the various complexities of cardiac ailments in the clinic and surgery. He has earned a Bachelors of Science in Biology and a Masters of Public Health (Honors) with a focus on Health Policy. He attributes much of his success to his family and aspires to help heart warriors with congenital heart defects as a future physician.