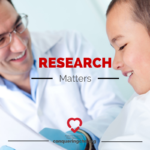 As we continue with our focus on genetics and genomics research, CCHD welcomes NIH medical officer Dr. Jonathan Kaltman. Dr. Kaltman provides an overview of a recent study that uses genomic data to establish a genetic link between congenital heart disease (CHD) and neurodevelopmental disorders. This study provides an important example of how genetics and genomics research can help us understand the genetic causes of CHD and other congenital anomalies.

The journal Science recently published a study performed by the Pediatric Cardiac Genomics Consortium evaluating the genetic cause of congenital heart disease (CHD). The investigators also tried to determine if genetics can explain why many children with CHD also have other medical conditions, including neurodevelopmental disorders and other congenital problems. You can find the complete study here.

These findings are helping to identify new molecular pathways that are important to heart and brain development improving basic knowledge of how the human body develops and providing understanding of the causes of various birth defects. 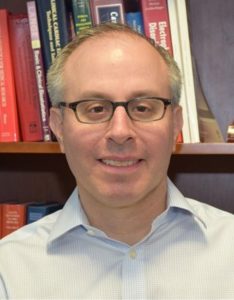 Jonathan R. Kaltman, M.D., is Chief of the Heart Development and Structural Diseases Branch in the Division of Cardiovascular Sciences at the National Heart, Lung, and Blood Institute (NHLBI) of the National Institutes of Health (NIH). Dr. Kaltman provides leadership for the Pediatric Cardiac Genomics Consortium and also helps oversee the Pediatric Heart Network. Prior to joining the NHLBI, Dr. Kaltman served as an assistant professor at the Children’s Hospital of Philadelphia at the University of Pennsylvania School of Medicine. He then joined the Children’s National Medical Center in D.C. as an assistant clinical professor where he continues to hold a part-time position. Dr. Kaltman received his B.S. in Molecular Biophysics and Biochemistry from Yale University and his M.D. from Emory University School of Medicine.