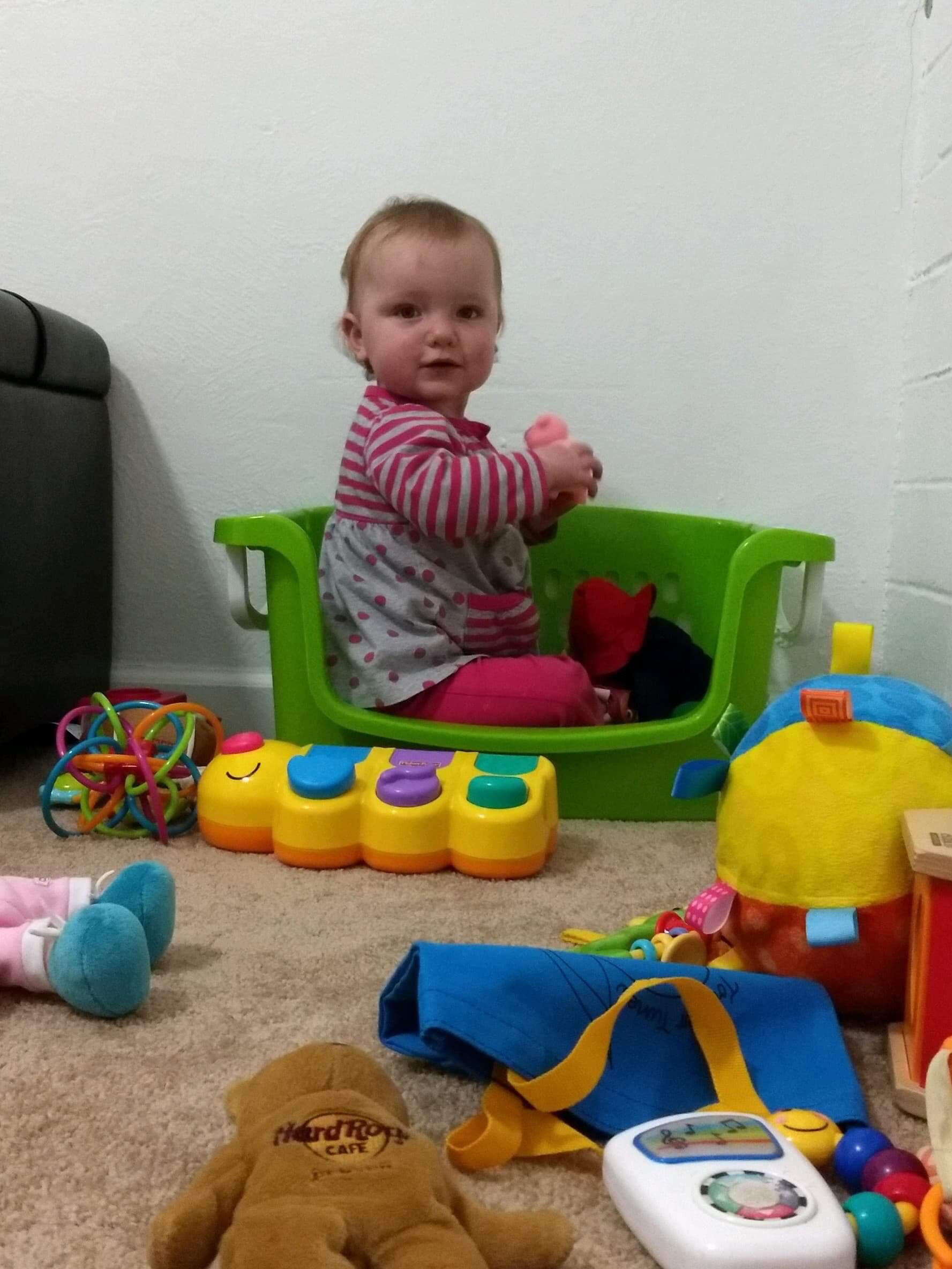 Gary and I went to our routine, 20 week ultrasound for the anatomy scan of our little nugget. We were excitedly watching our sonographer go through her hands, feet, arms, legs, kidneys, liver, then her heart. She finished and told us to wait in the room, while she went to talk to the doctor. We waited impatiently for her to come back. Gary and I were getting anxious, because we had to get to our restaurant, Kasey’s, to open for the day. When our sonographer finally came back, she brought the doctor. (Uh-oh!)

He said, “I hate having to tell parents this, there appears to be a defect in her heart.”

Our hearts dropped. Surely, there was a mistake. He referred us to see a Pediatric Cardiologist for a definitive diagnosis. Two days later we were at UNMH, with Dr. Goens, doing another ultrasound. Afterwards, she told us our baby girl had Hypoplastic Left Heart Syndrome (HLHS). After many discussions and many, many, questions to Dr. Goens and one of her nurses, Pamela, we were going to Children’s Hospital of Colorado to have our first baby. We were to live there through her first two planned surgeries, for about six months. We closed our restaurant on June 30, 2017. I was flown up to Denver on August 11, while Gary drove with my mom in our fully-packed car.

Katherine was born on Monday, September 11, 2017. I got to hold her for about one minute, before they took her away to do an echo and get the umbilical lines in. She slept for about three days, because of the medicine she was on, and had her first open-heart surgery when she was four days old. She did great. She had a rough first night post-surgery, but her recovery after that night went really well. She is a fighter!

We lived in the hospital with her for three weeks. We took her “home,” to the Ronald McDonald House, on October 6 and struggled with her eating until January. Before her planned second surgery, we were re-admitted to the hospital three times; once for an irregular EKG, once for blood in her stool, and once for her low/almost no weight gain. We fed Katherine every three hours, religiously, for four months. Katherine had her first Cardiac Cath just after Thanksgiving, where they determined she needed a stent in her BT Shunt (that was put in during the Norwood, first surgery).

Katherine then had her Glenn procedure on January 17, 2018 and woke up a different baby! Her first bottle after the surgery was almost four times what she was eating before the surgery. She was awake, alert ,and wanted to play and eat! However, she was not able to keep her oxygen level up in the good range, so she had another Cardiac Cath; they determined she needed a stent put into her Inferior Vena Cava (IVC). We got to take her home, to Albuquerque, on February 7, 2018. During the last Echo in Colorado, the doctor found that Katherine’s Tricuspid Valve was moderately leaking, but they would keep an eye on it and determine what needed to happen down the road. We made one more trip to Colorado for a Cardiac Cath in May of 2018, where they put a stent in her Left Pulmonary Artery. Since we’ve been home, Katherine has been having a great time. She loves to play and laugh, and she is pulling herself up on everything now! It won’t be long before she’s walking!