This week we will hear from Loryn McGill, a heart warrior, and mother. Loryn will share her experience with pregnancy, and discuss the challenges and beauty, of motherhood.

Pregnancy is hard. Having a congenital heart defect (CHD) during pregnancy is even harder.

I had suspected for a long time that something was wrong with me but every doctors visit told be otherwise.  Always the same conclusion: I was not feeling well because of the stress from graduate school.  My weight had increased significantly in a very short period of time and exercise became harder than it already was.  I was told to eat less, exercise more and reduce my stress.  After numerous normal ECG’s and blood tests I had no choice but to accept the results; I was perfectly healthy. 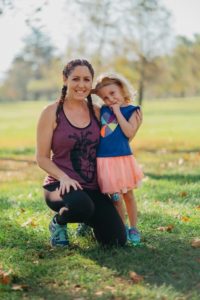 After graduate school I spent the summer traveling through Europe.  In the Swiss Alps I began to experience heart palpitations, a new sensation for me.  I wrote off this new feeling as the result of being at altitude, too much caffeine, and naturally nerves about going sky diving the next day.  My symptoms worsened and continued over the next two days leading me to an emergency room in Austria where I was diagnosed as having heart palpitations and told I should see a cardiologist when I returned home for further testing.

Upon returning home I was diagnosed with cor triatriatum (or triatrial heart).  The rarest congenital heart defect where the left atrium (cor triatriatum sinistrum) is subdivided by a thin membrane, resulting in three atrial chambers.  The membrane placement resulted in a seventy percent blockage for blood moving through my heart.  I also had only one working left pulmonary vein and my pulmonary hypertension was at near fatal levels.  I was twenty-three years old and had only days to process the fact that I was in heart failure and would need open heart surgery at the end of the week to hopefully save my life.  The doctors were shocked and kept telling my family that they did not understand how I was still alive given the severity of my condition.

During my recovery I was told that pregnancy would be impossible.  My heart was damaged from operating under significant stress throughout my life. The increase blood flow demands of pregnancy compiled with my ongoing pulmonary hypertension gave me a high mortality rate.  This came as very hard news to my husband (then boyfriend) and myself but there was nothing we could do to change the situation.  We both knew I was fortunate to be alive and we focused on moving forward. 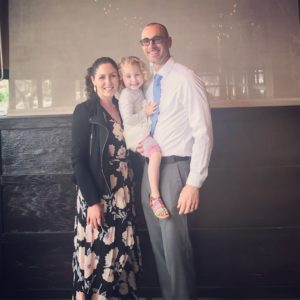 Nine years later at a cardiologist appointment I received the very unexpected news that my pulmonary hypertension was in the high normal range and that if we wanted to get pregnant that we were in a good window and should try.  Not long after this exciting and shocking news I had to undergo a double mastectomy and reconstruction putting off pregnancy for over two years.  The irony of the situation was not lost on us. 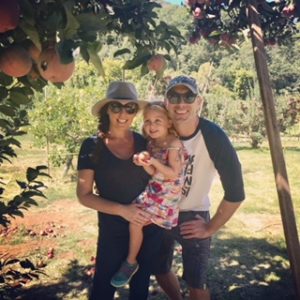 My pregnancy was hard, really hard.  My body let me know early on that it was not keen on the idea of hosting a guest. My pulmonary hypertension was slowly creeping up and at 24 weeks was at dangerous levels again.  Discussions of early inductions, maternal death rates and heart function were the norm at my three time a week monitoring appointments.  I never needed to be formally placed on bed rest because my mobility was so restricted due to my heart function and swelling.

At 37 weeks I was induced with the knowledge that I would be allowed to labor as long as my heart tolerated but at the first sign of distress for myself or my baby would lead to an emergency cesarean.  I easily labored and the moment I gave birth was the best I had felt in months. I thought that my heart troubles were over and I would soon be returning to ‘my’ normal.

It has been almost four years since the pregnancy and my heart function has significantly changed.  I now have premature atrial contractions (PAC), premature ventricle contractions (PVC), tachycardia, and arrhythmias.  I am on medication for the first time in my life and my doctors and I are discussing what the next steps will be as my symptoms are progressively worsening. 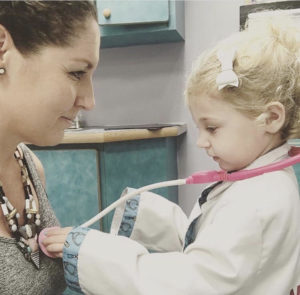 My daughter and I recently went to the heart walk in Orange County and she kept asking if everyone else there had a silly heart like Mommy with a cool scar.  She comes with me to my doctor appointments, wants to know why she doesn’t have a scar, and also questions why I can’t go faster sometimes.  Despite the physical and mental challenges of living with a heart defect I am grateful for the experience and the opportunity to be a Mom and watch my husband be a Dad. I don’t know what my future holds but I know it includes big blue eyes, blond curly hair and endless hugs from the people I love. 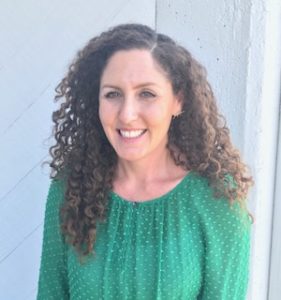 Loryn McGill M.S. CCC-SLP is a Speech-Language Pathologist and Professor who specializes in the treatment of stuttering.  She lives in Irvine, California with her husband and three year old daughter.  She loves to explore new cities and in her spare time enjoys cooking, snowboarding and sailing.